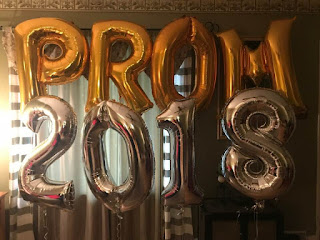 About 5 years ago, when KC was in the 8th grade, I wondered would I make his prom outfit. Not that I didn't have the skill to do it (because I was sewing for Men at the time), but would he actually want to wear it?! That was the question.  So, as the years went by and my child grew into the average prickly teen (LOL!) I managed to keep my influence on his wardrobe and the way he liked to dress.  Don't get me wrong, there have been plenty of times shopping where he didn't want to see a thing I picked (and I wanted to leave him at the store). But I still managed to keep my edge.

Well, his Jr. Prom he actually approached me and asked for my assistance. (Pics here) As usual, I went all out (for a good cause) LOL!!! Ms. Linda Faye had a challenge called Pop'n Tops and I thought how cool would it be to add his shirt to this challenge. So, I went for it.  Well, she did it again this year and asked if I would participate again.  WELL YA KNOW I'M UP FOR THE CHALLENGE!!! So my crazy thirst for the prom outfit of the year kicked in and went to 1000. I decided that KC needed a Tux because I saw his dates dress. I had the fabric for the tux and didn't have a clue on the shirt. I combed the internet for the perfect shirt. One that would complement the outfit and be snazzy enough that when he took his "show stopper" jacket off , the crowd would still swoon! (ROFL!!) I opted for a custom high Chinese style collar which I drafted and trimmed the shirt in lavender. (the other color of the jacket) and the buttons have purple in them! Here it is!

He and his date stole the show! They were the talk of the prom! Since then a gazillion folks have asked me to make them sh*t. (😒Eye roll emoji) They had a great time and my mission was accomplished! It's bittersweet seeing him grow up and move on but, I hope and wish that girl, in his future, sews.😜 (I can hope can't I?) 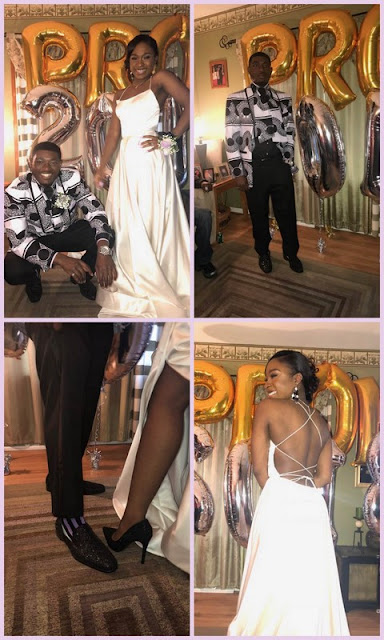